‘For seven years, Arie Schippers drove around Amsterdam in his minivan. From 1994 to 2001, he painted hundreds of cityscapes, most of them in the suburbs and on the outskirts of the city, and a few in the centre. “The centre belongs to Breitner,” he said. “Plus you can’t park your minivan wherever you want to.” He painted in the minivan when it rained and even more so when it was windy. “Wind is worse than rain.” But when the weather was fine, he painted outside. “But then you have people coming up to talk to you.” He also painted at night, when other visual elements came to the fore and the colours were different.

‘Schippers has a generous eye by nature. He paints everything he sees: an invalid cart, containers, logos on buildings – anything can be included. Ponies on a patch of grass next to a huge IKEA box, strangely parked lorries, bottle banks, bus shelters and billboard ads with pictures of cars as big as the parked cars next to them.

‘Schippers surrenders himself when he paints, with everything becoming equally important. He first concentrates on looking and then he grabs for his brush. He paints quickly and with broad strokes, yet everything he depicts is accurate and recognisable. A few strokes of paint and there is a Peugeot 504 Coupé, unmistakable for anyone who knows cars. Once he gets home, he doesn’t change what he experienced outside. You feel that – the directness, the gestures, the bravado of that and nothing else. The jury did too. The first Tim Killiam Award should be made to a creator whose work is distinctive and who will grab a traditional subject such as the Amsterdam cityscape by the throat. Who is not afraid of the raw reality of the city. The jury found those qualities in abundance in the work of Arie Schippers.’ 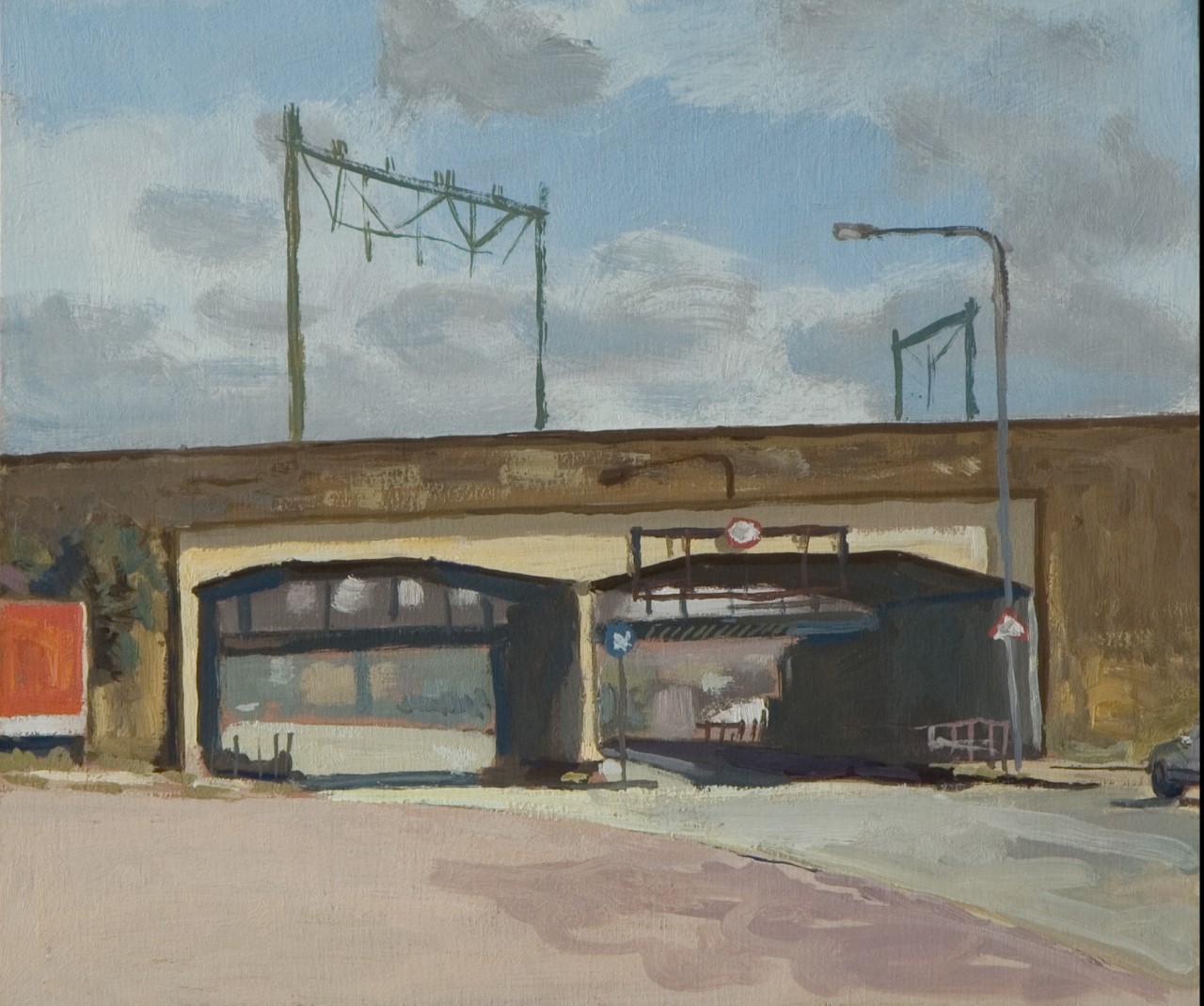